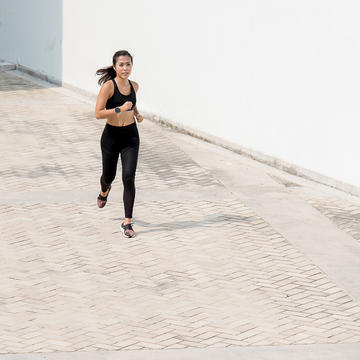 The evidence in the “exercise is totally necessary” column just keeps on mounting: According to a new study, trips to the gym aren’t just essential to ensuring your body stays as healthy as possible—they’re also necessary for your brain.

The study appears in Trends in Neuroscience and suggests that the relationship between the brain and exercise is part of our evolutionary history.

Let’s back it up a bit: Researchers theorize that while humans tend to be pretty sedentary these days, if you trace our origins, people actually led incredibly active lifestyles when hunting and gathering were necessary. The physically demanding nature of those early days may have created a significant mind-body connection.

What does this mean for modern-day humans? A lot, actually: Researchers believe this connection may explain why exercise may improve memory and executive function. They even believe that greater understanding of the link between the brain and exercise may lead to improved treatment of cognitive decline or even neurodegenerative diseases.

The researchers didn’t look at the way exercise may benefit pregnant women in particular, but it’s still worth considering if you’re expecting: It’s no secret that pregnancy makes working out much harder, but the benefits of physical activity during pregnancy are also well-documented. While there are so many reasons to do whatever you can to make it to those gym sessions while you’re pregnant, this is just one more—and while you already know that exercise benefits your body and your baby, the knowledge that it may also improve brain function (and possibly even alleviate baby brain!) might be the motivation you need to keep up your routine.

“It’s very odd to think that moving your body should affect your brain in this way—that exercise should have some beneficial impact on brain structure and function—but if you start thinking about it from an evolutionary perspective, you can start to piece together why that system would adaptively respond to exercise challenges and stresses,” researcher David Raichlen said, according to a release for the news from the University of Arizona.

“What we’re proposing is, if you’re not sufficiently engaged in this kind of cognitively challenging aerobic activity, then this may be responsible for what we often see as healthy brain aging, where people start to show some diminished cognitive abilities,” psychologist Gene Alexander added in the same release. “So the natural aging process might really be part of a reduced capacity in response to not being engaged enough.”
Source: www.shape.com
loading...
Loading...
Loading...