There’s no one right way to tackle your midsection, which may be why so many myths abound. Let these top trainers set the record straight.

Myth 1: You Can Zero in on Your Lower Abs

The rectus abdominis (a.k.a. the six-pack) attaches at the bottom of your sternum and the crest of your pubic bone. It’s one long muscle, and you can’t isolate just part of it. “In all our studies where you actually measure people exerting against a force, the upper and lower rectus don’t work independently,” says researcher Stuart McGill, Ph.D., a professor of spine biomechanics at the University of Waterloo in Canada and author of Back Mechanic. “The rectus acts like a rope, and the tension is equal all along the length of it.” If you’re trying to target extra flab in your lower abdomen, do some high-intensity interval training to amp up your calorie burn and then head to the market to buy healthy, whole foods. A combination of serious calorie burning and clean eating is the best way to get rid of belly fat (more on that later).

Myth 2: Abs are made in the kitchen.

Not so fast—the gym is missing from that recipe. “Yes, you need to have less belly fat if you want to see the abs, and that reduction does come primarily from diet,” says Cliff Edberg, R.D.N., national program manager of personal training for Life Time Fitness in Chanhassen, Minnesota. “But you still need to train those muscles if you want them to be strong.” To do that, target your middle from all angles (we’ve gotcha covered with these plank variations), throwing in total body moves and adding weights if you want those ab muscles to “pop.”

Myth 3: To improve your core strength, you should keep your abs tight all day.

Free the belly! “You wouldn’t walk around with your glutes contracted all day or your arm curled halfway up, would you?” says trainer Galina Denzel, coauthor of Eat Well, Move Well, Live Well. “Keeping your abs pulled in for all that time can put extra pressure on your stomach, uterus, and bladder and decrease the volume of your lungs.” Training those core muscles correctly during your workouts—learning how to engage them and keep them that way while doing moves (see our last “myth”)—will teach them to automatically kick in to stabilize you.

Myth 4: You have to choose between carbs and your abs 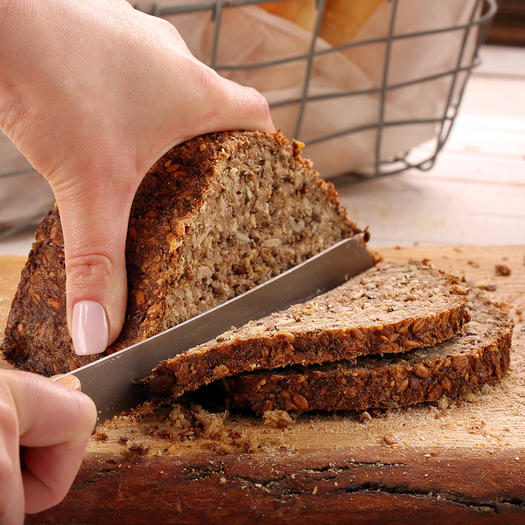 You can have your pasta and crop tops too. “In the ’90s we vilified fat, and now we’re doing the same to carbs,” Edberg says. “But they’re part of a healthy diet.” A study in the American Journal of Clinical Nutrition found that people on a low-calorie diet who ate four to seven servings of whole grains a day lost twice as much ab fat as a similar diet group who ate less than one serving a day. (This type of carb will make you less likely to gain weight.) The key is having a healthy amount of grains, veggies, and fruit instead of refined, processed carbs and eating lean protein and good-for-you fats too.

Myth 5: The bigger the move, the better the ab firming. 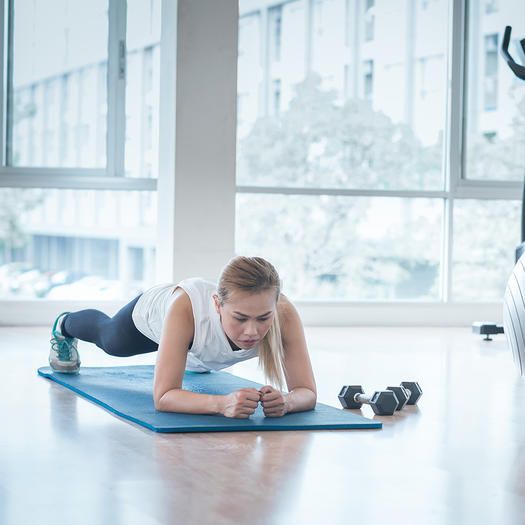 There’s certainly something to be said for working a muscle through its entire range, but sometimes it’s the tiny contractions that really supercharge your muscles. “Think about a side plank, which is an isometric move,” says Trisha Curling, owner of Ani O Yoga in Toronto. “You don’t see any movement, but you feel it! And you’re working all your deep stabilizers—the multifidus (along the spine), transversus abdominis (360-degree band around your center), and quadratus lumborum (along the back side of the abdominal wall)—plus your rectus abdominis and obliques,” she explains. “In addition, you’re building heat internally, which revs your metabolism.” Another great isometric exercise: Try farmer carries, where you walk back and forth holding a heavy weight in each hand; this lights up the transversus.

Myth 6: Your abs are the center of your core.

They’re definitely crucial, but—along with your transversus abdominis—the multifidus, pelvic floor, and diaphragm are the deepest core muscles, and if they don’t work correctly, all your other moves will be just a bit weaker. It’s like building a house on a faulty foundation. (Try these core-strengthening moves.) “I had a patient with abs of steel, but she couldn’t figure out why she had back pain,” says physical therapist John Martinez, owner of Australian Physio/Therapy Experts in New York City. “Turns out, her back and pelvic floor were crazy weak. She never spent any time strengthening them.” Try this “dead bug” move: Lie faceup with knees bent over hips and arms straight up over shoulders. Pull your belly button in to engage those deep muscles, lift your pelvic floor up, and draw your rib cage down. Hold those while you breathe. Next, alternate moving your legs down and up, then arms back and up.
Source: www.shape.com
loading...
Loading...
Loading...