Always walk past the frozen vegetable aisle? Don’t! Here’s how these often-overlooked items can speed up meal prep and streamline your healthy eating. 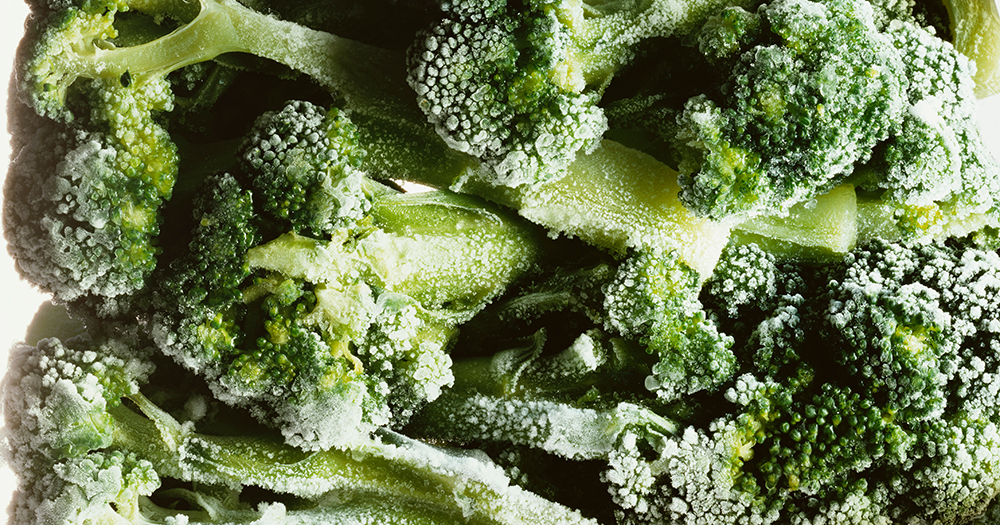 Many people walk right past the frozen food section of the grocery store, thinking all there is down there are ice cream and microwavable meals. But take a second look (after grabbing your frozen fruit for smoothies) and you’ll realize that there are loads of frozen, often pre-chopped veggies that will help make your healthy eating so much easier when you’re short on time. (Discover other healthy frozen foods you can feel good about buying.) While there’s nothing like beautiful, fresh veggies, frozen varieties deserve a rightful place in your kitchen. Here’s how frozen vegetables can streamline your healthy living routine.

Why Frozen Vegetables Are a Good Choice

In most cases, all you have to do is zap them in the microwave, give them a few stirs, and you’re good to go. You also don’t have to fuss with any peeling, slicing, or dicing, which LBH, can take a lot more time than you anticipated. (The freezer can be your meal-prep friend in other ways, like freezing fully prepared meals for eating later.)

Sure, it may be easy enough to find fresh, organic berries, greens, and squash at a realistic price during the peak in-season summer months. But come winter, even that stuff you shell out for can taste a bit lackluster. Fresh zucchini in January? Yeah, no. Plus, with no pesticides or preservatives on organic veggies, some say they can spoil at a faster rate than their regular buddies. That means you’ll need to hurry up and eat those local blueberries faster than you normally might or you’ll be wasting that extra 3 bucks you spent. Choosing frozen eliminates the “now what” moments when you realize way too late that the produce you were about to cook has gone bad.

3. The nutrients are locked in.

Because they’re frozen at peak freshness, frozen vegetables actually retain their nutrients better than fresh, which will lose some during the ripening (and over-ripening) process. Plus, cooking in the microwave is actually healthier than boiling veggies because you can easily retain the nutrients you’d lose after draining the water. Yes, the gross spinach water is where lots of the good stuff goes, which is basically just another reason to make soup!

What to Watch Out For When Shopping

Check the ingredients list for other not-helpful stuff like sugar (which hides under many pseudonyms) and suspicious additions such as food starches and gums. Ideally, you want a product that’s just the vegetables and maybe some salt. Be mindful of sodium levels, though, as some brands add a lot salt for flavor. Aim for 150 milligrams or less per serving.

Go slow with breaded stuff or vegetables in a sauce. See what’s in that sauce before you decide whether to purchase it. For example, zucchini “fries” aren’t automatically healthy because the base is a veggie. Cheese sauces may be packed with sneaky calories and hard-to-pronounce “no thank you” ingredients. It might be tempting to just grab a bag of stir-fried veggies in teriyaki sauce, but you’ll likely find lots of sugar and sodium lurking on the nutrition label.

How to Use Frozen Vegetables

When it comes to cooking methods, steaming frozen vegetables in the microwave means they are cooked and ready to be added to any dish in a few minutes. To add a little extra flavor or texture, you can roast or sauté your fave veggies after they’ve defrosted. If roasting, you’ll want to crank up the heat to combat any extra moisture for nice crisp veggies. Here are a few meal ideas that come together faster thanks to having frozen veggies on hand: